I don’t really care about music CDs, gifted flowers just die anyways, and I think a portable BBQ is slightly more than useless for me

It would depend on the cd. I wouldn’t use the bbq grilled a lot, but I could probably sell it, at least… if I could choose my cd, then that. If not, default bbq it is

I actually need a portable BBQ.

I’ve heard a lot of people complaining about the new sprites in-game, but I’ve seen some people praising them in some discords, so I’m wondering what the general consensus is on the forum

Though change is scary and it makes me feel like I know this game less and less, the new sprites look a lot more like actual tomes than the old ones did. 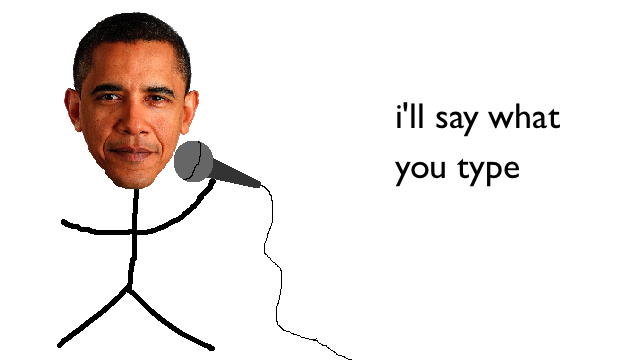 Talk Obama To Me

Type whatever you want, and create a video of Barack Obama saying it.

Why did I spend time doing this

make a poll that includes it :p
I didn’t know about that one.

don’t you think that all rainbow tiered rings are viable and essentially equal?

They are but Vit/Wis tiered ring are rarely used. +10 Vit is not enough for petless challenge as it only boost HP regeneration by 1.2 HP per second.

I mainly use Dex (ATT if using DBow) on Archer, Huntress, Warrior and MP for Priest, Pally, Sammy and maybe Knight.

For Vit, as a swapout for petless characters (Knight/Warrior because of high VIT cap). Wis… slap that on Sorcerer.

But still, the rainbow stat ring are not common sight because of “I would only wear pure HP ring, period.” sentiment.

I would put Sourcestone if I am raiding an endgame dungeon or if I have enough defence to spare.

But still, not every classes need extra HP to survive longer.

EDIT: Oh, yeah, I should make another poll:
You’re stuck in a realistic battle royale. Choose up to three things.

I can’t shoot with a bow. It’s that simple.

Maybe i should try in real life and not in virtual reality ?

or mayde id take the daggers
edit: just realized you can pick 3

I can’t shoot with a bow. It’s that simple.

Until I actually tried, that’s what I thought too (though it’s hardly fair since the one I used was a hybrid between recurve+compound and the draw weight couldn’t have been more than 35-40ish). If I really had to choose a lethal weapon, I’d choose a bow, since I don’t think I’d be able to force myself to stab someone with daggers

The daggers are more tools. I would have a hard time stabbing anyone either, though throwing makes it better… maybe? I know I can throw a knife in real life. But my intent was to be more of a cautious pacifist. I almost chose the axe, but I’d use daggers much more effectively.

Also, I love bows, and am a pretty good shot! The highest strength I’ve gotten my hands on had a 80 lb. (36.29 kilo) draw. But it’s hard to do anything useful save shorting life forms or weakly anchoring a line, or something