the dagger buffs are a week old and were on reddit but i didnt want to make a new thread for it so i tacked it on here !!!

Literally only went up, but t6 is no longer the black sheep of daggers. Poison Fang has taken its place.

Only changes are to damage for all of them.

Note that this is only for the SB ST, Legacy is unchanged.

This is on top of the changed one from yesterday’s post. 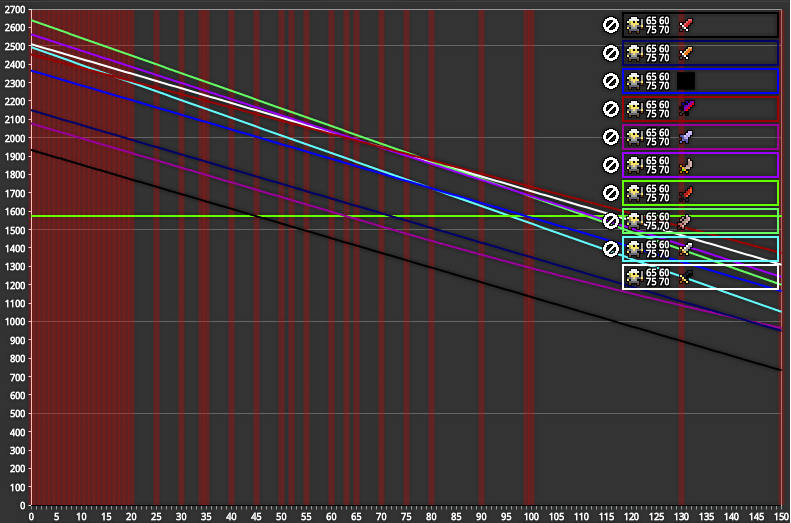 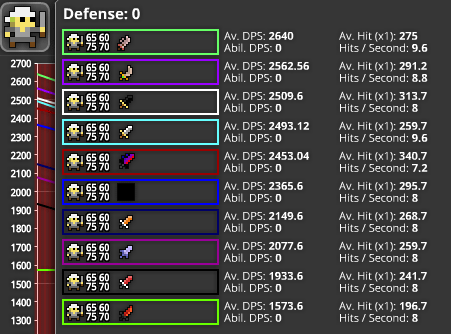 definitely not hard to read

included both etherites since both will still exist after 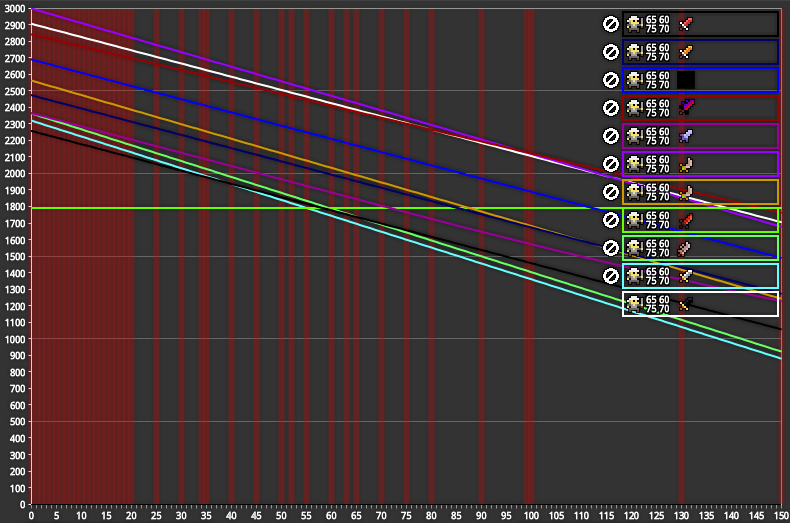 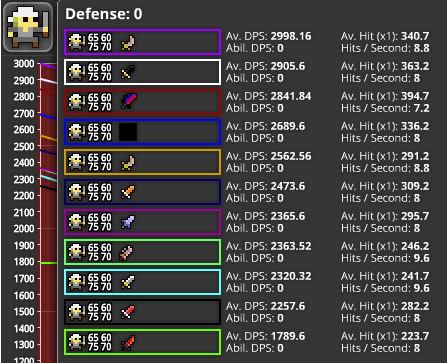 It seems to be mostly based on range now, lower range = more DPS.

Not sure how much I agree with that Etherite buff (and I hope it changes, especially since it’s an ST), but the rest seem very good.

CDirk finally got buffed… only to be shafted yet again by Etherite, but still, went from 5th to 3rd. The Etherite is also the SB one so the accessibility of it isn’t as high.

Avarice got a much needed buff, can definitely call it the best dagger in the game now.

Tiered still seem a bit underwhelming but that’s not too big of a deal.

There’s a lot of shit.

The trailer showed the 4th free pack but there’s also a MotMG Ample Pack planned with 2 Char Slots and 4 Vaults for 2299 gold, which you can buy 2 times. The discount is almost a 50% so it’s one of the better Ample Packs. No mention of Potion Chests in it.

The free packs include:

They seem to have stuck with their gut and kept self-puri. But it did get minor buffs elsewhere.

With that, there has also been a nerf in status effect duration in a lot of places, all for the Puri nerf, the status effect rebalance itself and the pet nerfs. Some notable ones are (these are not all of them):

It’s its own header because it’s a pretty significant buff. All tiered Lutes now give group defense.

Oh also minor change, there is no longer a cooldown.

This is a great buff for Bard to not only make it viable but also to give tiered lutes an actual reason to be used.

Etherite got nerfed from 120-250 damage to 115-225 damage. I’m not gonna do the mess of a DPS graph again but all you need to know is CDirk is strictly better now, and will be the 2nd best dagger in the game period.

Lost its ability to go invis but got a new proc

With Full Set: Invisible for 2.5 seconds

But it also got general buffs:

I still don’t think people will use this but hey, it’s not completely useless now.

the one that wasnt update last time, Sprite is also mentioned in Craig the Builder’s dialogue but nothing there yet

(yes it has no animation lol)

(this isnt troom boss, that isnt updated yet) 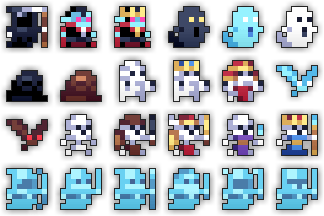 The skeleton does seem to be somewhat significant even if it isn’t troom, it has half the HP of the troom. Actually, it could just be a replacement for troom but yea idk.

There were some minor changes to a lot of things but there’s still a lot of shit to leak so I’ll skip over that.

Feel free to guess what they are. First one in the third row is free space with hipster. 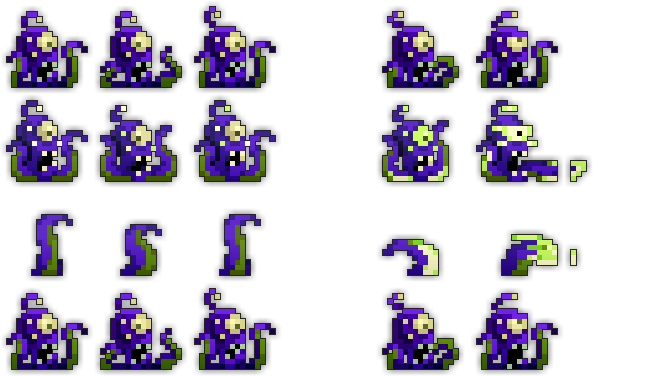 (yea those shots are cut, sue me im lazy) 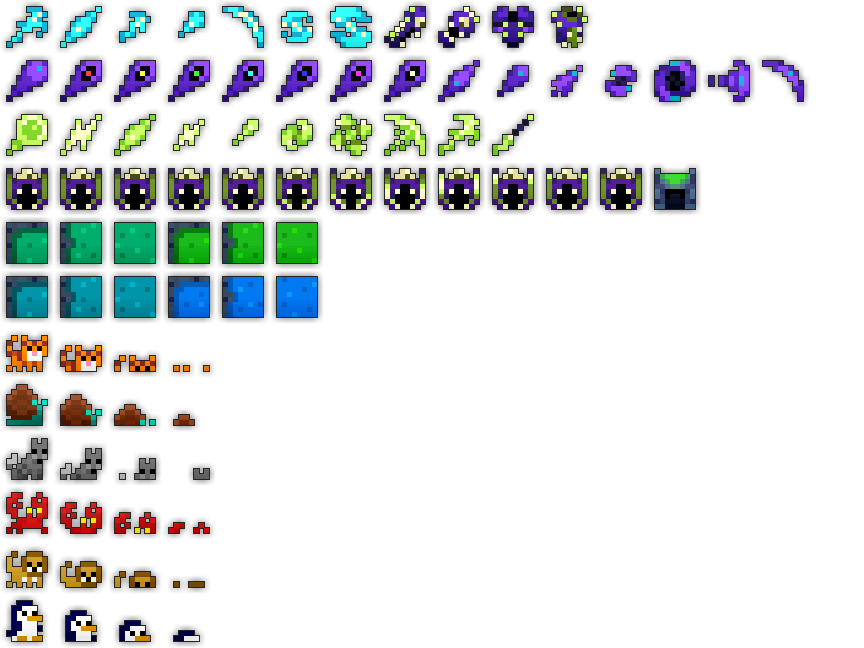 (placeholder sprites for those pets, and there looks to be an archer set planned) 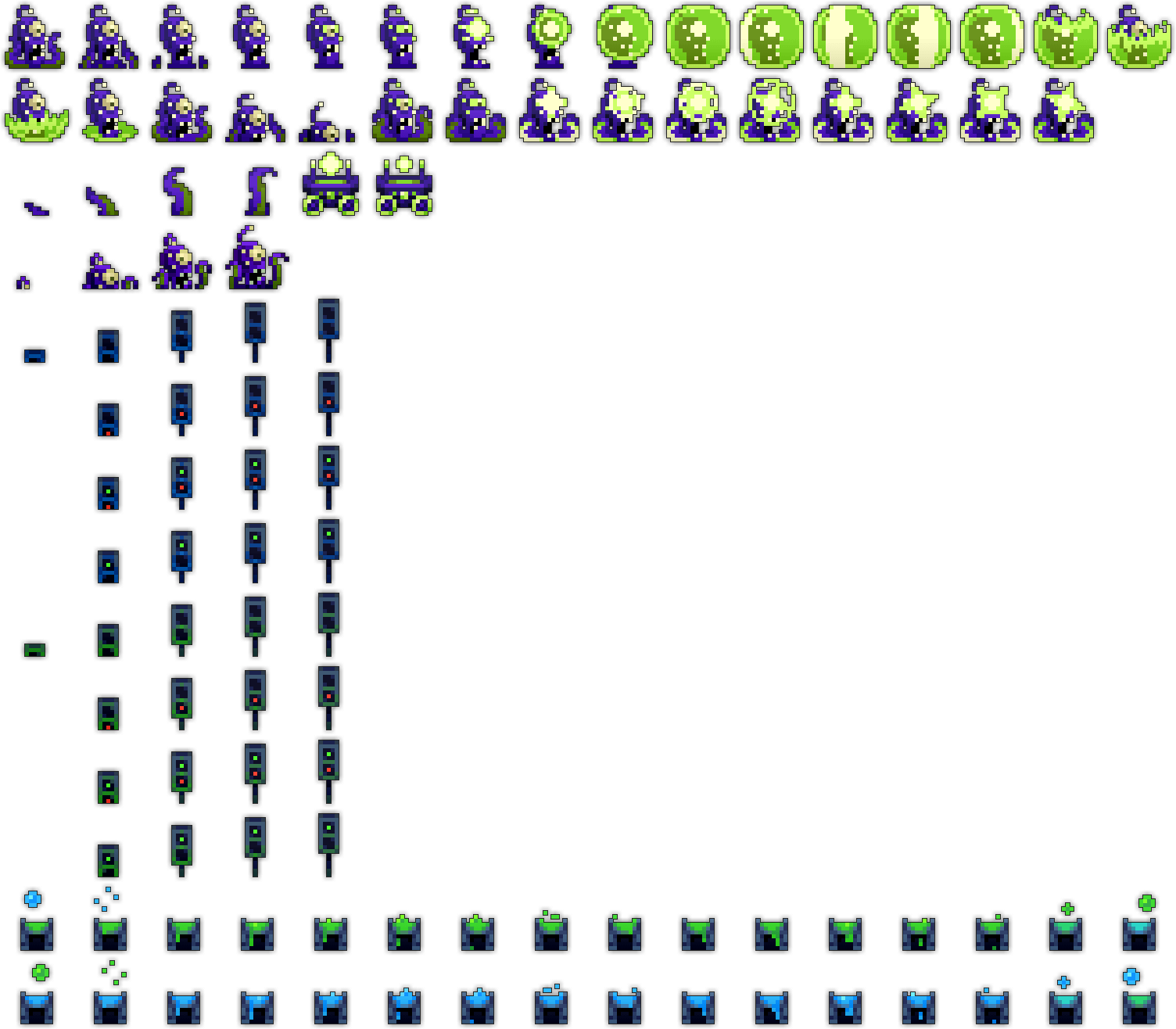 There isn’t much I can know about the dungeon itself from xml but that’s fine, there’s more important things they’re testing with this. FERAL gives 5 fame and has 100k base hp so that should tell you a bit about its difficulty level. They mentioned “it will demonstrate a variety of new projectile functions that were never before possible, requiring heroes to read patterns and anticipate attacks in all new ways”, and it seems to be that. The possibilities include:

(i dont actually know how sewers sick works, but it’s not the same thing)

These are pretty unpolished, which also includes the campaign. There’s a number of inconsistencies but hey, the general idea is there.

Before getting to the campaign itself you need to know what the items are.

Don’t get too excited, they’re just T12 weapon reskins but have +2 VIT and 7% fame bonus.

The precision skills of archery translate well to pulling a trigger.

Lay down the foundation of your enemy’s demise!

Measure twice, because you’ll only need to cut once.

Cannot banish people from this realm like certain other hammers, but it’s plenty strong enough to get a job done.

Force your foes to buzz off with this sharpened tool!

They all have the same description:

High-visibility equipment for workers on the front lines of construction. The ventilated cloth helps keep the wearer lively and vigorous in demanding circumstances.

The description for these all have the Energized Oryxmas Ornament proc but it doesn’t actually have that proc so. These have a much better “twist” than just + vit. Also if it’s not obvious, they’re rings.

A rugged hard hat worn by stalwart workers in the name of reconstruction.

A sturdy hard hat worn by steadfast pioneers to bring the realm’s territories up to code. Wear it with pride!

A stout hard hat worn by the most devoted leaders of the realm’s ambitious reconstruction projects. The height of Personal Protective Equipment!

ngl i have no idea how the mp proc would be useful with an on hit, especially if it requires 90% mp lol.

Though this does confirm that Vital Combat will be coming on the 23rd. I wasn’t sure if everything would be at once but it seems everything in the trailer will be, then maybe UT Exchange later on in the month.

Requires the above weapon/armor along with one of the construction hats.

Now there’s bonuses for 2 and 3 pieces, but there’s also bonuses for 4… but there is no ability. Either that’s still coming or they fucked up. The hats also don’t have a setType so it’s not even functional yet. So I’ll save this for a future leak when it’s more finished.

Exchange this item for a construction Weapon of Choice at the Tinkerer!

Exchange this item for a construction Armor of Choice at the Tinkerer!

Exchange this item for a construction Skin of Choice at the Tinkerer!

Open the Goodie Bag to get a reward!

Speaking of skins, let’s go over that. 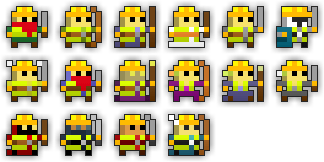 Also FYI those skins from the last leak (not these ones) will be sold through box/packages for the same price as normal skins.

Same campaign as the trailer.

Gear up, climb the scaffolding, get constructing! Gather Screws, Nails and Planks by demolishing Bosses. Exchange them for themed MotMG rewards and powerful gear and consumables!

As a reminder from last time:

Candy of Extreme Speed and Dexterity

Candy of Extreme Attack and Defense

Candy of Extreme Life and Mana

definitely a rushed campaign for the trailer, the 2nd hard hat isnt even there lol

Expect changes but that’s the general idea of the campaign.

imagine gemsbok after september 2020 lmfao
if you’re going to nerf puri, then atleast nerf status effects or something

Interesting. More in it for the intriguing changes than the campaign.

if you’re going to nerf puri, then atleast nerf status effects or something

except i did? I’m saying status effects as a whole
example: having an effect that completely cuts off healing, where bosses spam them left and right, is absolutely broken. It’s so powerful that it deters most players from fighting bosses whos only gimmick is status effects.

Rip the beautful old simplistic udl sprites. Looks far better than some of the new ones (those mummies - aaaaaaaaaah)

mummies are the only bad ones, new ones are much better for every other enemy

T0 dagger confirmed to be stronger than t12 dagger

also nice to see that puri is fucking useless now, besides selfbuffing yourself (lol)

Almost time to get 10k nails am I right

Depicted: Toast slapping me for making innuendos about F.E.R.A.L.

@whoever said DECA has “listened to the community” and reverted the priest nerfs from the last spoilers thread: you lookin like a real clown rn lmao

How disgusting does that necro one look

Blind and Confuse gone from the Void and most status effects in MBC reduced by a second?! Sweet Christmas!!

Yeah, I noticed that immediately as well. Assassin and rogue are apparently way too similar. In general I do not have high hopes for how these skins will interact with dyes, but I am hoping to be surprised.

Would love to see the points rate for the campaign. I really hope the char slot unlocker is viable.

Also hope there’s a package that contains only vaults since I’ll be at 15/16 char slots by end of that campaign.

I am actually way too happy about this. In general these status changes seem excellent. I hope that removing confusion from void is only the beginning of DECA re-evaluating where that particular effect should be used.

@whoever said DECA has “listened to the community” and reverted the priest nerfs from the last spoilers thread: you lookin like a real clown rn lmao

How disgusting does that necro one look

I agree they look ugly.

Can we please just have the kingdom skins back again?

I’d actually not object if knight was the only one, I like it.