Here’s more of my stupid deaths. Yes it is probably my fault for bringing a 0/8, but having those things instantly pop you is so unlucky.

My pretty lucky Wizard PPE that lived only for like 3 hours?

Was in Voice Chat then somebody entered and I checked who came on and I died.

Same day I tried to go full DPS on Thessal and at the end when my bubble bar was low I tped to someone ( rogue ) and suffocated.

All those deaths are probably because I died on my Wizard PPE that same day as well, to O3 Celestial.

I was map reading Nests for my guild, then out of nowhere from a room away a yellow bee jumped on me.

I was trying to decoy MBC in 3rd key phase, I got too close and he jumped on me and chain paralyzed and died in like a second. ( all of my deaths are so recent as well )

I was rushing a halls with myst and died to first room ( oryx ), at least I vaulted Brain ( which I lost previous death ) and a ghostly prism I guess?

Was teaching someone a Crystal Cavern and I told them if its Fish keep moving. ( Totally what I did ) and Fish teleported and sat on me. Not a suicide and I had O2 necro set equipped ( Thanks RealmEye ), so I was doing a Shaitans and top side turned into magma. ( Did Shaitans before, probably because I’m dumb or I’m tired, basically same thing, but a warning would be nice, yes I know there is a slight warning when top side turns into magma but it’s instantly. ) Proof that I had equips on when I died

Ran into the middle of the firebombs, you know what happened after…
But I was 1 shot off to surviving all that. ( PPE btw xD ) Of course the only bow I get is a CBOW and a Covert. 50 Undead Lairs no Doom Bow, Over 20 libs no ST part, not even a white, only rings I got were a revenant, a Nile, and a para hp. The shatters discord saw that, theres a footage in loots - oofs ( lots of scrolling up to do )

Not a stupid death but

Last second of 12 shotgun and I die.

I’m stupid enough to bring all these

Arch was in 1 phase where he throws out bombs

End of Father Phase and I get shotgunned by the mother.

Not stupid but then again, 3/8 celestial, so it is stupid.

Was soloing halls, succesful, went into cult, all good so far, Red Demon phase, the small golems sat on me.

Was streaming in Guild VC, told my guildies watch me rush a halls, then first room ( slime ) I got cornered and slime tentacle on me.

Child phase ended and the 1 boomerang shot killed me

CRU CRU CRU! GUYS CRU IS CHASING, OH A SPOOKY TOO? OKAY LETS RUN AWAY, CRU FROM BEHIND?

Stasised Death Morel that came back to normal in a second

Should’ve not brought 2 unfinished sets to a MBC

No more safe spot, so I was told to decoy and I didn’t really know what to decoy there so I decoyed, and I teleported into the lava. ( 75 speed screws you over too )

Sat on Limon and tried to EP because I’m tired of pot farming for days.

Was typing during stone guardians, haunted armor obliterated me

I died in green allans, when I died, no death screen, just froze.

Ran in and got ded huh?

I AFK’ed in an Ice Cave to use the bathroom, I don’t know what happened but I’m guessing Big Yeti threw snowballs over the wall.

Wha- wh, but why? WHY BRING THOSE ITEMS, big sad.

Another Huntress with me that apparently had a coral trap. ( Oh btw that lute recently got released and the first ddocks I went in I got the lute, even funnier somebody placed a fake white bag and nobody believed I actually got it. )

Got paralyzed by boss and instant bombs and shots came at me.

Already showed this one, brought a soulbound pixie and an oreo to a Para lvl 3, got an attack pot from big minion and bird:

Thats all my stupid deaths, but wait! Theres one more ( I don’t remember what character )

I was the helm rune for the guild, I died to stone sword because I got a def pot and I wanted to pick it up.

Movie all done, made by the person who gives Anxiety. Unluckiest death out of all of the deaths I’ve had in 4 years of [inconsistent] playtime. O2 pulled a “nothing personal, kid” and one-tapped this poor fellow with a shotgun. Couldn’t even Nexus out of this one if I tried.

(addendum: Biggest insult to injury here is that I never got my darned 5th star. Sad.) By happenstance, this assassin duo’d the entire dungeon with me but unfortunately didnt make it 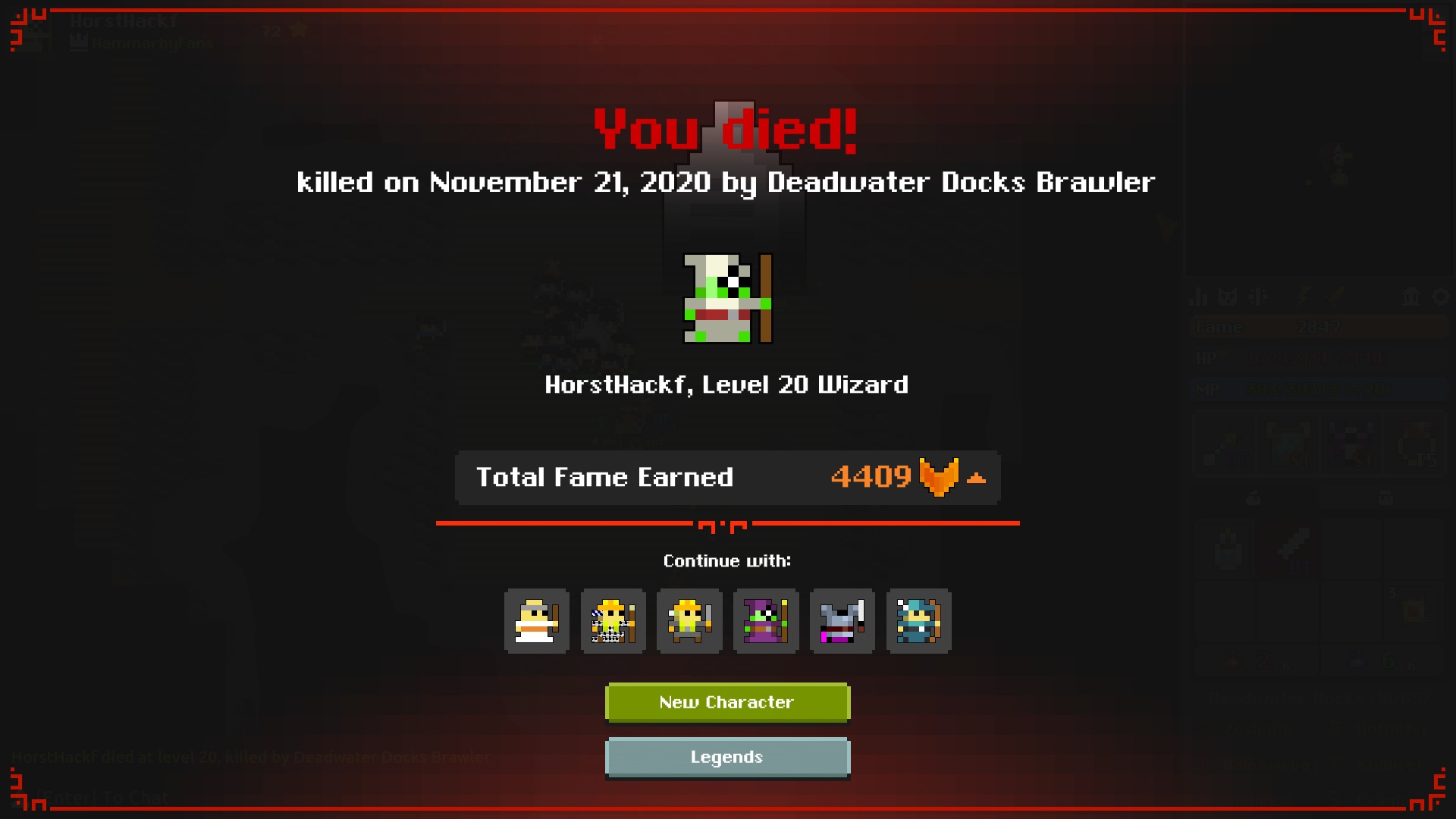 So many people go to the Glands right off the bat, too. I haven’t checked it lately, but last time I tested, it’s actually highly inefficient to go there immediately, because you earn way less exp in the first 10 levels at a higher death risk. The same goes for all higher level enemies, as far as I’m aware.

Lowlands until level 6-8 and then highlands from there, that’s how I tend to do it

or into an godland/highland dungeon with lvl >5

my last char did an ancient ruins with lvl 10, got 20 within the boss fight goes into tomb solo
nutrage.mp4
invul on cooldown while armor broken and paralyzed
That blank ring spot was my only E.Y.E too ;_; 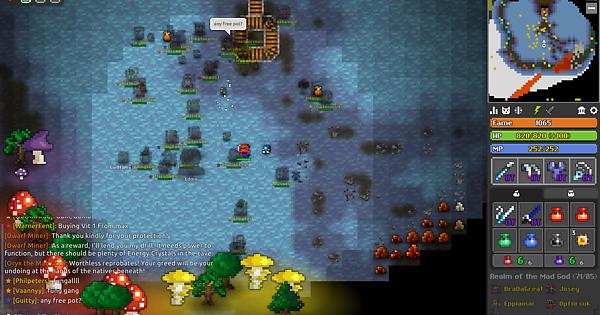 couldn’t directly upload for some reason

waaw2.PNG1131x66 8.39 KB
Dying in Fungal Cavern after telling my guildmate “Wait. I’ll be there after this fungal.” on the bright side, I got enough fame for the next rune fame box, and got a shield rune from it. we dont talk about that