Got grounded for the whole school year over a D I got in english, and my dad is very strict and vigilant when it comes to grounding, and he hates video games, like, a lot, way more than most parents.

Technically speaking this isn’t a game and thus not what I was grounded from, but he worked with computers for 20 years and knows how to use them, so I am blocked off from the wifi entirely and thus will have little time to actually use the forums

@Orsome this is why I haven’t been able to RM recently, couldn’t tell you because I couldn’t get on Discord

How does he restrict your wifi? Don’t you have mobile data and a phone? If he’s somehow blocking u you might try https://support.microsoft.com/en-au/help/4027925/windows-how-and-why-to-use-random-hardware-addresses

Mobile data can easily be shut off for a certain device by your parents if your parents are the one that set up your phone and data plan.

so I am blocked off from the wifi entirely

I feel your pain brother

this is done through your wifi router.
he either limited how many devices can connect to your router, or he specifically banned your IP/MAC address 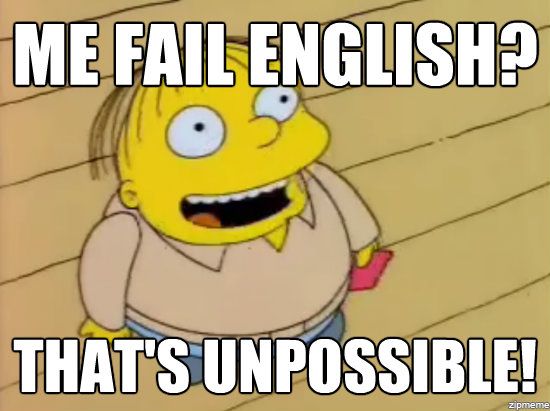 Oof. I got an F in middle school English once because I didn’t turn in an essay. I eventually turned it in two months late and still ended up with a B.

Lesson that I learned:
“Do your work or you will end up in the streets.”
-Albert Einstein This should be renamed to The Drama Thread smh

who was ark to make drama at his leave

Okay, I’ve lost my zest for RotMG. I hate how I put so much work and effort into grinding for an item or maxing a character, and losing it to something that wasn’t even my fault. It started with the death of my tshot huntress and my prot puri priest, which died to lag less than 24 hours after getting said prot (I never got another tshot, prot or puri), and the recent death of my Christmas set ninja was the last straw that broke the camel’s back, rendering all my efforts this event pointless. I will most likely be severely playing less Realm until Unity Port. I will still be active on the forums, though, as you guys are too awesome to say goodbye to

To be honest, RotMG has had overall a bad effect on my life. Of course, I made a lot of friends and they gave me a lot of joy, but the small amount of happiness I get when a white bag drops is not comparable to the anguish when one of my maxed characters dies. I was extremely addicted to this game, to the point where my grades and social life suffered, and that’s where it crossed the line. I will most likely be returning to my old friend Minecraft, which is a lot more fun for me but strangely less addicting.

@Craftable pls no kick from guild, I might log on once a while to run a dungeon To Unity and beyond, my friend

Good luck with your future endeavors IRL. I hope that you can get your grades up and that you get out and socialize. Carpe Diem.

wasn’t expecting to see this, because i never looked through your funny exterior

you said a mouthful of truth there, and although i can’t relate to the “rotmg ruined my life” sentiment (since i started playing this when i was already an adult), i do feel for you, and you should do what’s best for you

get your priorities straight, and come back when you think you’ve got some sense of control back

that explains the addiction part

thanks for opening up (it can be hard sometimes)

A little over a week ago, I was banned for some unknown reason. On that same day, I emailed deca asking how I can get unbanned and why I was banned. They responded after 4 days and only said, “we are busy, we’ll let you know later.” Now, 4 days later, they emailed me back again. I have been perma banned from rotmg for chargeback which I don’t even remember doing. The only way I can get my account unbanned is if I pay back deca.
Of course in their email, they never told me how to pay them back and I don’t feel like waiting another week just to pay back $10. Due to this, I’m probably gonna take my leave from rotmg. I’ll still be on the forums, but I’ll be a lot less active. Furthermore I’ll be pretty disconnected from all rotmg talk.
So yeah. I guess this is my farewell. For real now. Not all those past times when I just said, “goodbye” and came back a month later.
Also if you see me on a certain pserver that was taken down because of a DMCA, my ign is vile, feel free to say hi

Oh yeah here’s the email if you wanna read it

I finished <3’ing every post in the thread, and with that said
this is my farewell, to The Farewell Thread.

or at least until there are more posts >w>

how many <3 have u even given