Dear @Mrunibro, your machine absolutely goes bonkers when trying to do 833 (bee) + 0. I believe he frequents forums moreso on @DecaUnibro than Mrunibro now. Too bad its deformed a bit due to max zoom. But by the looks it everything was fine at least up until the addition result. Leaving only either the copying of the result to the final module, or the binary to base10 conversion module (top right) to error.

Considering digits are filled in from right to left, i can narrow this down further to say either copying went wrong or division made some mistake in the early stages. (as the first digit is not a 3).

I ran the calculation myself as well to see if I’d get the same result. … 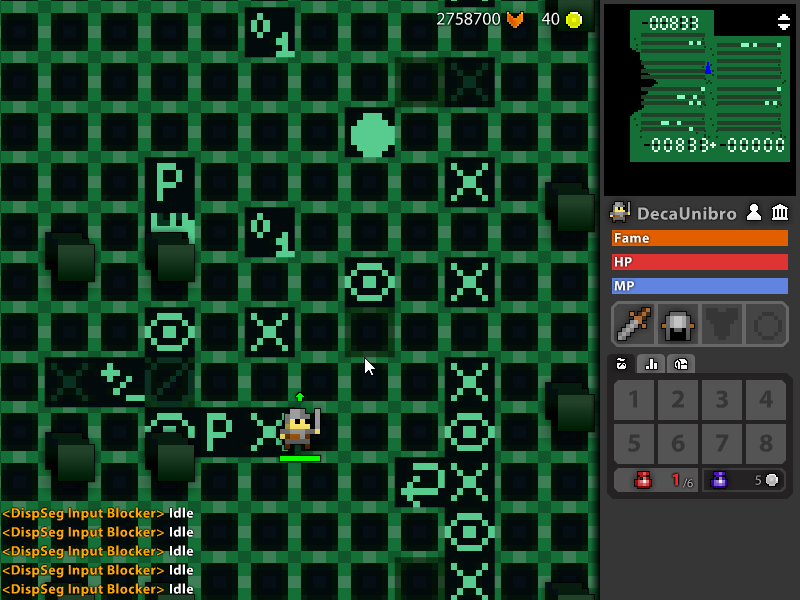 IDK. Did you always stay in the red borders? Because that’s a possible source of errors. ( The server will make far away objects process infrequently, while some calculation might be timing critical)

Hmm, i recall getting out of the super tiny red box for a split second, so yeah. Thanks for helping though

I see. Can’t tell if it wouldve been bad without being there… But yeah, the tiny red boxes are probably the strictest, because they are long distance data transfers (from one module to the other). Definitely the most vulnerable part of the whole thing

I knew of this dungeon and the steps but WTH how did I miss this thread.

((To the surprise of no one, april fools is coming)). Thought this thread would be relevant again with the new events tomorrow.

Maybe this will encourage me to play again for a bit…

Do you mind if i post this on reddit for a larger audience? I’ll try questioning craig as soon as i can!

It’ll be posted to reddit by Niegil with whom i did this, so don’t bother. I’m currently trying to get a reaction out of craig in court, didnt work in ghall and ive run out of things to try, I also tried Skuld, but people activated it early as I didn’t get to do it alone. If anyone can figure out where Craig goes after work it’d be great, but we know he atleast goes through Skuld as per these messages in sprite world: my best guess would be “limon” or something

I tried Limon in court, and in Skuld (even though I’m not sure if it registered in skuld as someone activated it). I don’t recall if I tried it in ghall craig encounter however.

other possibility might be “craig” or “sprites”… or “death” or “visit” (or something along the lines of visit?.. but I guess it would be a word in there somewhere, so probs not this one)

I did try Visit in everything except I’m not sure on Skuld as per the same reason as above. I think I tried Craig.