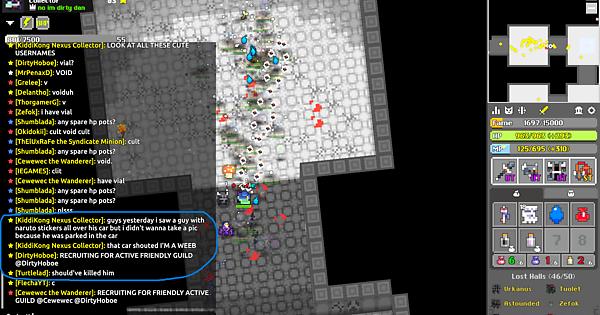 Tsk tsk tsk, that trolling was a bad move for sure.

If I don’t get a white bag or a (good) red bag, the run is a catastrophic failure and is a waste of my time.

You set yourself with too high expectation. A good number of runs will net no white/red bags and do expect to fail (in your standard), A LOT. I have completed runs that you will consider them as fails and I doubt you can shrug them off for long.

oh wow look a picture that I edited and posted myself.

Now if you have any other proof please send it to deca.

Since you consider that evidence let me edit a picture featuring you and use that as “proof”.

Anyways this is 100% defemation of character.

Also you’re just one of those guys that need to touch some grass. I feel really bad for you.

Tsk tsk tsk, that trolling was a bad move for sure.

Yeah it probably was seeing as literally everyone on here shares the same mindset as reddit, which is disappointing to say the very least.

And no, I am not an asshat. I messaged meadowguy. We are on okay terms

You set yourself with too high expectation

I barely play the game. Probably like an hour a day max.

makes a picture of themselves cheating

Listen, I’m not gonna criticize you for your degenerate behavior (or “edgy humor” which ever one you choose when you try to argue against my point), but rather I’m criticizing you because you “call out” people for being “no lifes” but then you do stuff that could be considered “no life” behavior. You do this a lot Bacon, and whether or not you realize it, trying to morally “grand stand” about “realm addicts” while also doing tons of things in the past that could be considered “realm addict” behavior makes you look like a hypocrite, even if you’re in the right technically. Weird comparison, but its like if Eminem tried to criticize someone else for saying the “F” slur. Whether or not you’re in the right, it doesn’t matter, because you are someone who is guilty of doing similar behavior.

this isn’t exactly as funny as it is wholesome/respectful 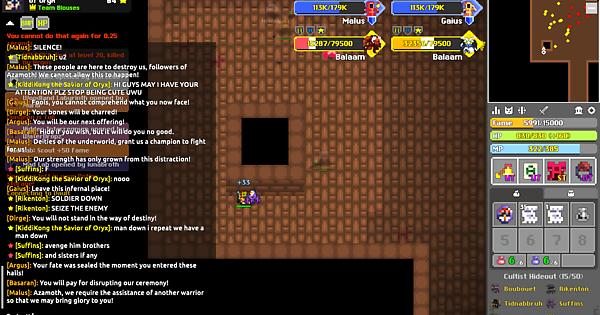 and not the usual “L bozo” you see when someone dies

I keep seeing messages like this from light blue stars as well. It’s funny, but doesn’t change the fact that they’re still asking for free items.

nothing wrong with asking for free items

it’s the creativity in their messages that made me laugh

If you do it repeatedly, it gets very annoying very quickly. Remember when I tried to recruit you to my guild and you wallowed in self-pity and said “no one wants me in their guild, everyone just kicks me”
I believe you said you were spamming in guild chat and in the realms.
And I offered to take you in anyway because I believe in generosity?

How can you speak on who’s being annoying and what’s annoying that people do/say? Two wrongs don’t make a right.

I’d know what’s annoying because I do it myself.