when non-tops still had value 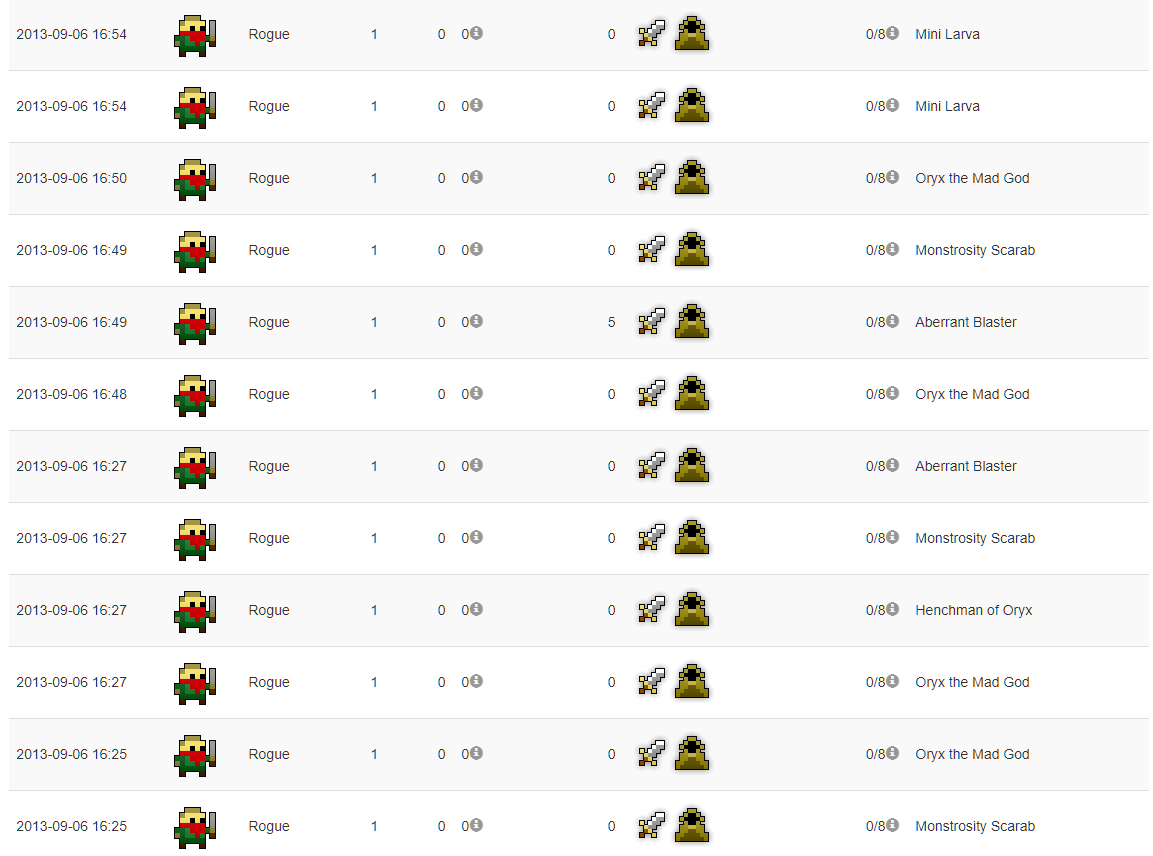 I got only 1 back then

nah man i didnt get charslots for those (nor was I trying to, i was just trying to see if i could escape the nexus).

Eventually I made it into the cloth bazaar, where one guy was sitting already completely shell-shocked. Good memories. Eventually I even found a server where people were fighting back, but all my characters were too sheite to really do much.

I did get one character that died VERY shortly before the swatsec-ening revived, in a new char slot! that was pretty sweet. a 1/8 wizard if I recall, which actually meant something to me back then too lol.

A hacker attack when oryx 2 been in nexus and killing very much people. A golden set for 1400 gold. And your first white bag in Kabam Era.

oh man I remember this death

if you’re wondering why I had a pixie, I didn’t know how good it was at the time, so I was using it and didn’t find it very good. Then I went into shaitan and dieded because I didn’t nexus in time.

That kinda makes sense. They were rarer when they were tradeable and before pets long range was the meta (wizard, wizards everywhere).

Ah, what I remember was struggling to kill Horned Drakes…being annoyed at Ninja’s short range…Huntress’ low damage with tiered bows…not knowing whether stat pots really boosted stats permanently, and being pretty hyped to drink my first one…the old, square-r vault…
Oh, what a time, what a time.

me being so bad at this game, I had difficulty to lv up, I wasn’t really patient, and stupid I didn’t know anything, so I’d just rush head down into death First mithsword I ever had. srry for potato image quality