4 posts were merged into an existing topic: This needs to stop [events spawning on same tile]

And the WC funny moment…

This dude inflicted exactly 150k damage, which equals to 6.96% of total damage. i want one but drakes are saying no

Coincidentally, there it already a wonderful thread documenting similar encounters

Edit: trust me, this post made sense at one point before a few posts from here got merged into the linked thread. 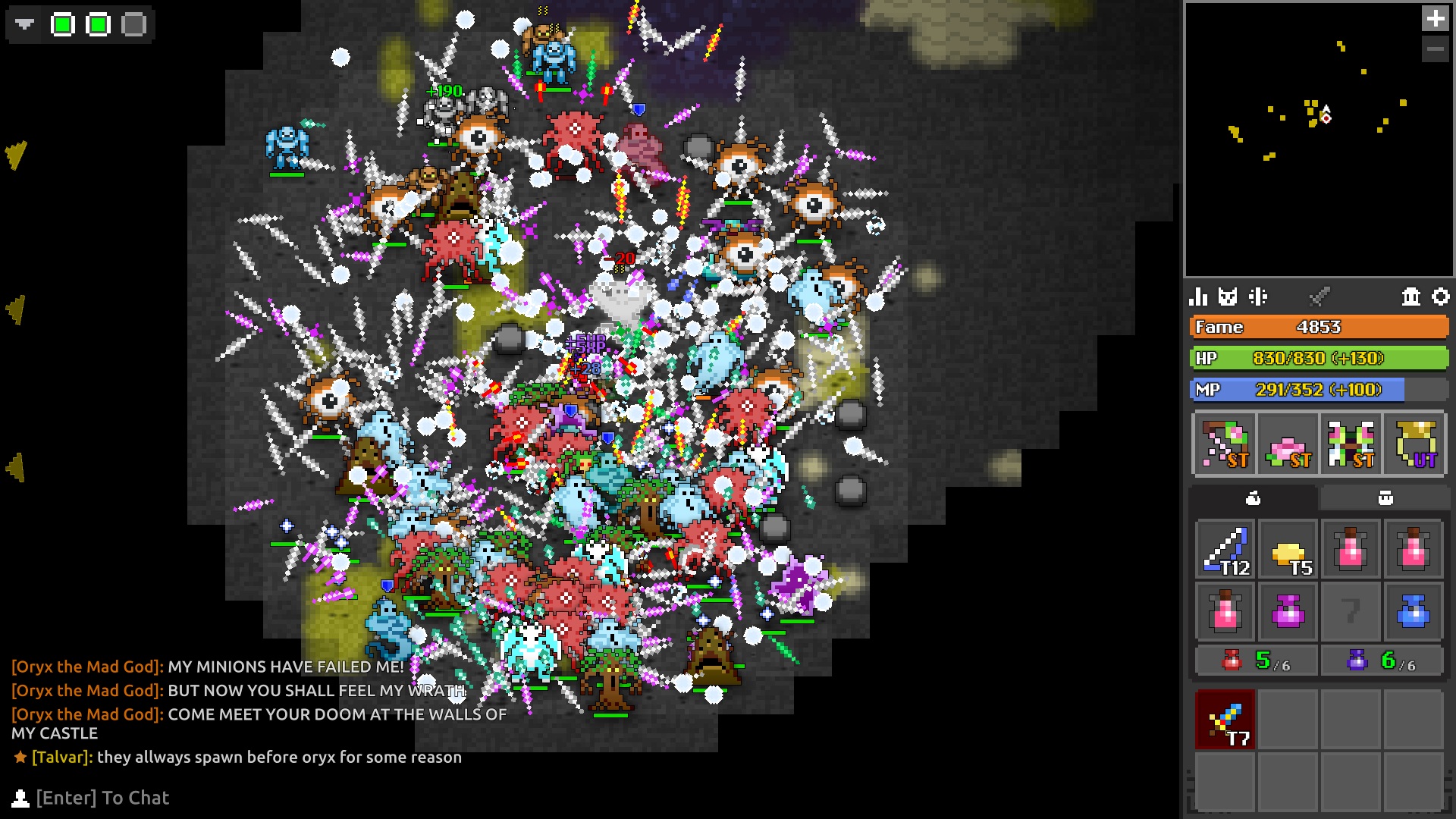 Why do you must hurt me in this way ?

[image] “Giving pixie to the player that gives me a T7 dagger” He wasn’t lying. I see the sight of a T7 dagger in a lava chest, with a lot of gods around it. In my rush for a pixie, i don’t see a Sprite God star hit me, Quieting me. As i try to retreat from the god wall, i fail and get killed by a beholder. 100 fame away from First Born. The moment a Cube God was killed, another one spawned. I think I was in the realm I wish I could’ve gotten a picture/movie; @Deebomb was there to see a portion of this:

I was acting as the middleman for one of Deebomb’s purchases and was waiting long term for the seller to finish cultist runs in USW4. I was wearing my Pirate Warrior ST set, just hanging about writing a random report on the side. Another player showed up for a different trade along with 3 other peeps. He decided to be goofy and challenged me to an “Aaaargh” challenge, then complimented my color scheme. He then made a comment about us two brethren being chonky bois for whatever reason, and, getting an idea, I told him to stay put.

Next, I pulled out my Energy Signet and grew both of us, freaking the other few present out both with the forced metamorphosis of baby djinjas, then our increase of size. And out of the blue, I rapidly accumulated over 140 players in USW4 keys, all trying to figure out what was going on. I and a couple others encouraged everyone to bring their ST sets, and we had over 30 giants roaming around. Finally, someone said they were popping a Tomb, and my last huzzah was growing everyone to fight as giants inside before departing, both so I didn’t lose my precious relic, and also so I didn’t miss my trade.

Dang, wish I brought one of my st sets. Was only there for beginning and then I dced