Hallucinating on self.
Duration: 30 seconds
Consumed with use
Feed Power: 20

A visual effect item that lasts 30 seconds that alters the appearance of players, enemies, and map items such as trees into random new sprites. For more information about hallucinating, visit the Status Effects page.

Screenshot of the Magic Mushroom’s effect (image dates from when the item was new in the game): 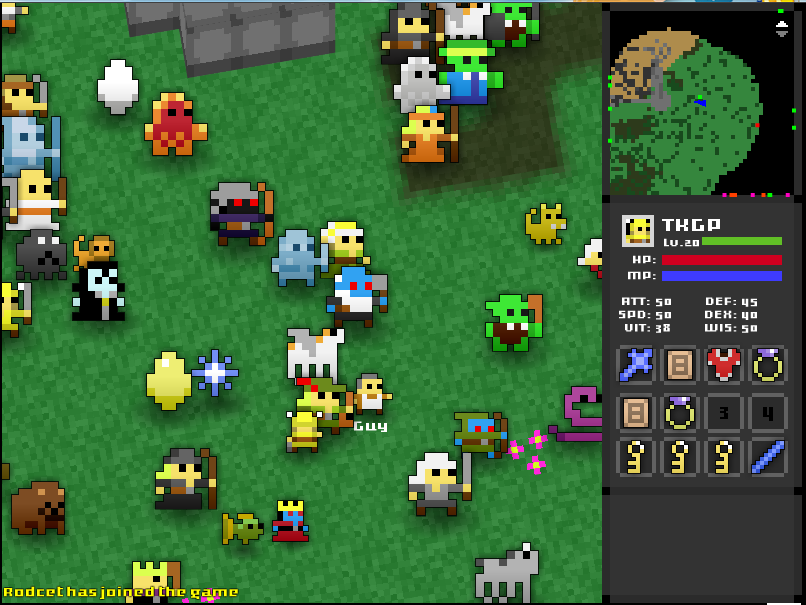 Added as an ‘easter egg’ secret item in Build 96 (May 2010), along with Pirate Rum. The Magic Mushroom dropped only from Gray Blobs at this time.

This item was very rare and considered a collectors item, only dropping from the Gray Blob, a midlands enemy which kills itself upon approaching the player (making killing these in time difficult). However as of Patch X.32.4.1, large Fungal Cavern monsters recieved the Magic Mushroom as a rare drop increasing the items obtainability and reducing its tradeable cost. It’s still not that common of an item, so somewhat valuable to collectors as a result.