The Beachzone is a rare but completely harmless dungeon that still requires significant firepower to complete. This dungeon drops from the elusive Beach Bum. It is the source of the Beach Party Madness Drinks.

The Beachzone is comprised of a lone island surrounded by crystal clear water, with a large beach surrounding a grassy center. The beach portion is decorated with beach umbrellas and beach towels of varying colors and sizes. In the middle of the grassy portion there is a small sandy circle with partial wood flooring, surrounded by four lamps similar to those found in the Forbidden Jungle.

This dungeon is notably required to get the “Season’s Beatins” fame bonus. 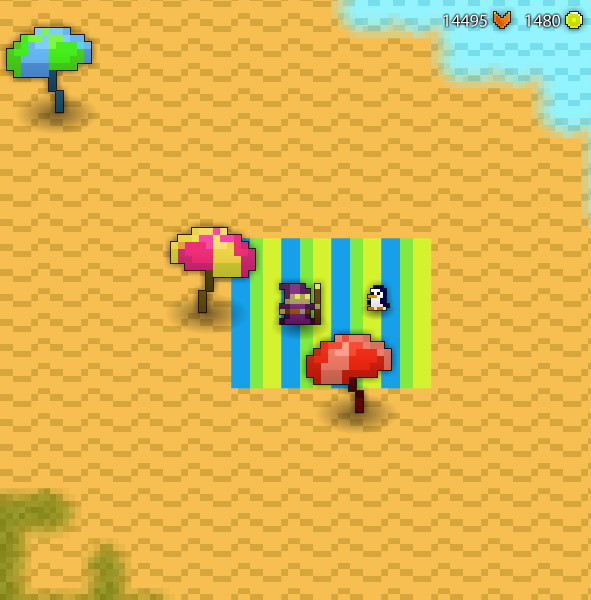 The Masked Party God is found at the center of the Beachzone. He claims to be the brother of Mixcoatl the Masked God. Instead of attacking, he will stand still and say various party-related phrases periodically.

To defeat the Masked Party God, players must deal 30000 damage in a set amount of time. He does not heal damage taken, but simply is unaffected and will continue partying if the required damage is not dealt. It is advised to have as many damage increases and sources of damage amplification as possible, including but not limited to sources of Damaging, Berserk, Curse, Armor Broken, and Exposed.

Beachzone used to have this layout: